[/vc_column_text][/vc_column][/vc_row][vc_row][vc_column width=”1/1″][vc_column_text]The Cabo Pulmo Reef has eight fingers of hard coral reef, providing a safe haven for many of the 800 species of marine animals found throughout the Sea of Cortez. The rich biodiversity of the area is unparalleled and as a result was targeted by overzealous sport and commercial fisherman during the 80’s. Abusive over fishing and a tremendous decline in fish population caused great concern in the local community, who subsequently lobbied the government to protect the region. Moreover, a series of studies at UABCS were directed by lead biologist Oscar Arizpe to provide strong evidence supporting the biological relevance of Cabo Pulmo to the Sea of Cortez. And on June 15, 1995, President Zedillo Ponce de Leon declared the 7,111 hectares and waters surrounding Cabo Pulmo, a National Marine Park.

Although conservation efforts are headed in the right direction, federal enforcement and financial aid remains scarce and the quest to protect Cabo Pulmo National Park falls heavy on the shoulders of the local community, just 113 residents. But the people here are positive and last year La Comisión Nacional de Áreas Naturales Protegidas or CONANP appointed the first official Park Director, Carlos Narro to direct conservation efforts in the park. Citizens, local and international conservation groups and the park director are working together to implement programs such as Park Enforcement, Reef Monitoring, Nest Monitoring for Sea Turtles and Beach Clean-ups. 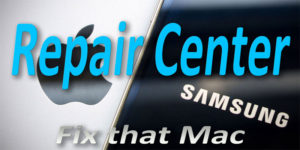 • Screen Repair in One Hour

Fix that Mac is currently hiring in order to keep up with the demand of helping our customers stay connected to their devices during this time. Please email us your resume at info@fixthatmac.com

I have consistently received above-and-beyond service from this place and all of its lovely employees.”   Marissa M.

“Very happy with the service, customer service, promptness, and they also offer a warranty for 90 days.”   Ryan A.